Explore ancient Greece where the mystical goddess Khrysos works her powers to bring you fortune, riches, and wealth in Khrysos Gold, the latest 5-reel, 25-payline slot game to arrive at Slots of Vegas! As you journey deep into an ancient kingdom, you’ll unlock the most incredible prizes along the way, including Free Games, Re-Spins, Multipliers, Slippery Wilds, and much more. Khrysos is the WIld, which covers entire reels and replaces low-paying symbols in the game apart from the Scatter and the Coins.

The Scatter is the Free Games symbol, and players can earn up to 12 Free Games when 3 or more of them appear anywhere on the gameboard. During Free Games, all bets are multiplied. The Coin takes the form of a bonus symbol, and when 3 or more appear during the base game or Slippery Wilds feature, the Jackpot Bonus feature is unlocked. A minor jackpot is awarded if 1 Bonus Symbol appears on the reels during this feature. The Minor and the Major jackpot are awarded if 2 appear, and the Mega jackpot is awarded if 3 appear. You’ll also be awarded a Re-Spin with a random prize between x1 and x20 for every every Coin Bonus symbol that is held in position.

This exciting new slot game begins with 5 reels and 50 paylines. Play online today for free or for real money! Sign up with a 185% No Max Cashout + 40 Free Spins on Khrysos Gold for a $50 deposit. No redemption limit. Simply use the code GOLDWIN.

Wild Rules: Wild substitutes for all other symbols except the Scatter and the Coin symbols.

Scatter Rules: Scatter symbols pay when they appear anywhere in the gameboard. Scatter wins are first multiplied by total bet and then added to line wins.

Morphing Wild Feature: The entire reel will morph to Wild symbols before payouts are awarded. Each morphed Wild activates the Slippery Wild Feature.

185% NO MAX CASHOUT + 40 FREE SPINS Make your deposit and claim your bonus with the Coupon Code: GOLDWIN Play now 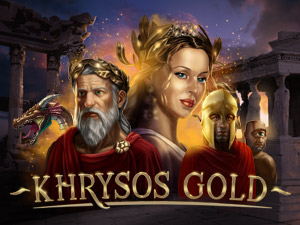 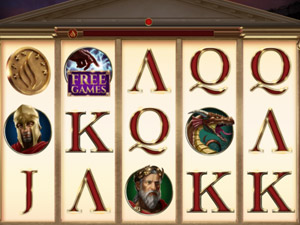 Once you’ve loaded the game, select your bet amount by selecting the + and - symbols at the bottom of the game screen. Once you’ve set your wager amount, click Spin. With a slot like Khrysos Gold, your best bet is to wager maximum coins. This sets you up for winning and being able to claim the game’s top reward.

Khrysos Gold is a 5-reel slot game with impeccable, high-definition graphics and sound, plus bonus features with Free Games, Re-Spins, Multipliers and other spectacular rewards. The top prize is 50,000 times the bet per line and the game includes a Wild, Slippery Wilds, Morphing Wilds and a Free Games Scatter symbol. There is also a Coin bonus symbol which triggers a jackpot prize when it appears during the base game or Slippery Wilds feature. Play Khrysos Gold now at Slots of Vegas! Available for download on your PC, Mac, or mobile device.