Take a dive into the underwater world of Megaquarium. The 50 payline slot from Real Time Gaming captures a colorful world full of random jackpots, doubling wild Clown Fish, and Free Game triggers. Keep your eyes on reels two and four for the Clown Fish wilds; they’ll help you catch your near wins. Reels one and five hold the Free Game trigger symbols. They’ll launch you into seven Free Games with doubled prizes. The Free Game Feature can be extended and enhanced into special feature rounds: Bonus Games, Super Games, or Mega Games. Each stage has increased multipliers, wild reels, and instant random prizes appear at the end of each special round. Hang up your “gone fishin’” sign and dive in today.
250% no max bonus+30 free spins Make your deposit and claim your bonus with the Coupon Code: GREATCATCH Play now 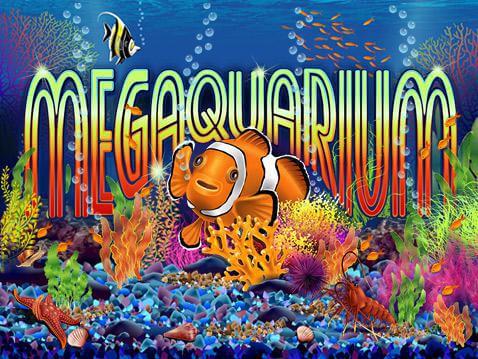 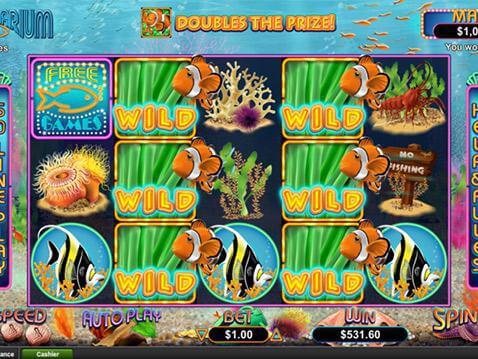 How to play Megaquarium

All you’ll need to do is load the game and click play to get started. From there, you won’t need to bother with selecting a number of paylines as this game is fixed at 50 paylines. Just set your bet, click spin, and win this underwater treasure. With a little bit of luck, you’ll find yourself with plenty of scatters and wilds. And remember, you can always turn on Autoplay if you just want to sit back and enjoy the scenery.

Developing a solid strategy for modern slots games is particularly difficult, because all games are built around a random number generator that ensures no predictable patterns emerge. As a result, the best way to get the most out of your time with Megaquarium is to evaluate your bankroll and choose a wager that will allow for a solid play session, regardless of whether you get on a hot streak or have a run of bad luck. With its 50 fixed playlines, there’s not much more you can do to build an effective strategy in this exciting, underwater slot.