We're looking for the ultimate warrior. Someone who's not afraid to battle samurais for ultimate riches. If that's you, come play Ninja Star, an amazing 5-reel, 25-payline online slots game that rewards warrior moves with big payouts. Ninja Star includes two big jackpots, a top payout of 15,000x your bet per line, a great bonus round that puts you in control of your prizes, and samurai-slashing adventure with every spin. Ready to win? Your Shinobi Shozuku ninja gear is ready, so play now.
250% no max bonus+30 free spins Make your deposit and claim your bonus with the Coupon Code: NINJA250 Play now 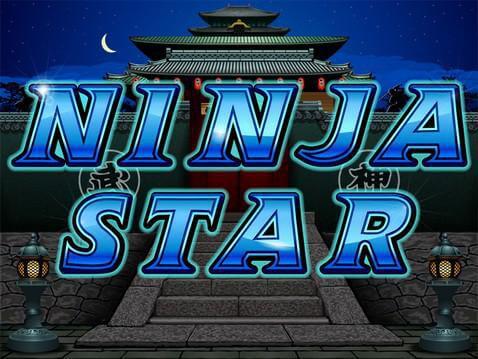 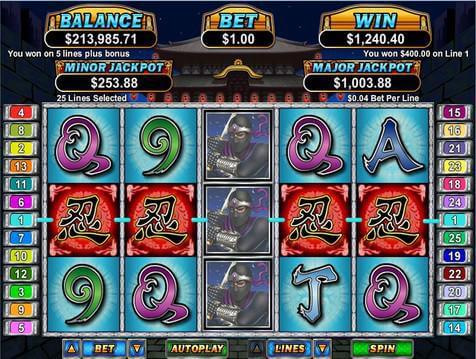 Ninja Star isn't just the name of the game. It also happens to be a major symbol in the game. It's the scatter symbol, and scatter wins in Ninja Star get added to line wind, and they're multiplied by your bet, too. You'll also need to keep your eyes open for the Ninja symbol. It's the substitute symbol and it's good for helping you make winning combinations by subbing in for virtually any other symbol in the game. The only exception? It can't sub in for the Ninja Star symbol. As if you didn't have enough to remember, your Ninja Star training includes even more symbols. The Logo symbol is key to winning big in Ninja Star. Land on three of them in a row from left to right and you'll play the special Ninja Scroll feature game. Pick from four sets of two scrolls to reveal your prize, and keep leveling up to win bigger prizes until the Feature Over message is displayed.

Love the speed of the super-fast ninjas? Want to see those ninja stars fly at warp speed? Then just hit the Autoplay button. When you do, the Slots of Vegas casino app will do the spinning for you. There's no need for you to hit Spin after every game. The app takes care of doing it all for you by using your last locked in bet and line selections. When the reels stop, you'll get paid out, and the app will spin again—as long as you've got credits. If you enter free-game mode, none of your credits will be spent. And if you find things are moving a little too fast for you, feel free to turn Autoplay off.

Jackpots: You'll find two of them in Ninja Star—a major one that resets at $1,000 and a minor one with a $250 reset amount. Both jackpots can be awarded randomly at the end of a game. Substitute Symbol: This symbol subs in for any other symbol in the game to help you complete a winning combo and get paid out for lines that you normally wouldn't win on. In Ninja Star, the Ninja symbol is the substitute symbol. Scatter Symbol: The Ninja Star symbol is the scatter symbol in this game. As a casino games player, you'll love them. Scatter wins are added to line wins, and they're multiplied by your total bet.
EXCLUSIVE 250% BONUS + 50 FREE SPINS
CODE: WILD250