Popiñata brings you right into the middle of the party, where the music plays all night long, piñatas are plentiful and lights twinkle in the desert. The symbols in this low volatility game pay both Left to Right and Right to Left. Combined with the Wild Re-Spin feature, you’ll be watching your bankroll grow as the piñatas explode. Launch fireworks, eat tacos and enjoy the guitar playing in the background of this festive slot. Watch for the Donkey piñata. It’s the Wild symbol and appears on reels 2, 3 and 4. It then expands to cover all position on its reel before wins are awarded. On top of that, when the Donkey appears and after the wins are awarded, a re-spin is triggered. If another Donkey shows up, you’re awarded one more re-spin Join the Popiñata party at Slots of Vegas. You won’t want to leave.
250% no max bonus+30 free spins Make your deposit and claim your bonus with the Coupon Code: PINATAPARTY Play now 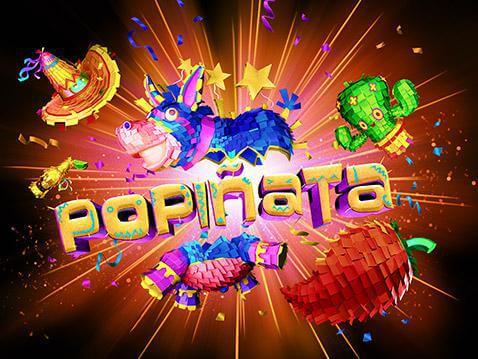 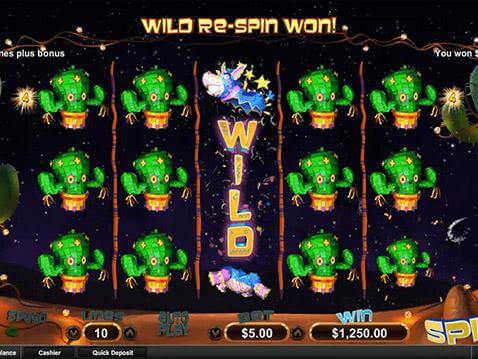 To play Popiñata, all you have to do is open the game and click Play. Then, select the number of paylines – there are up to 10 paylines in Popiñata. All symbols pay Left to Right and Right to Left, giving you more opportunities to win. Set your bet size, click spin and watch as the symbols explode when they create winning combinations. And watch for that Donkey, he’s the wild symbol and expands to cover all positions on his reel.

Developing an effective strategy for modern slots games is not easy, because every available game is built around a random number generator that ensures no predictable patterns emerge. Popiñata is a low volatility game, so the best way to enjoy the game is to evaluate your bankroll and adjust your bet size and paylines accordingly. Once your decision is made, enjoy the party.

Scatter: Popiñata is unique in its lack of Scatter Symbol. But don’t worry, the Wild Donkey symbol more than makes up for it. Wild Symbol: The Donkey symbol is wild and appears on reels 2, 3 and 4. When it shows up, it expands to cover all positions on its reel and counts for all symbols. When one or more Donkeys show up again, a Wild Re-Spin is triggered. Wild Re-Spin Feature: This feature is triggered when one or more Wild Donkeys appear. All reels with an expanded Donkey are held in place, while the other reels spin again. If a new Donkey appears, another re-spin is begins.
EXCLUSIVE $5,000 BONUS + 50 FREE SPINS
CODE: VEGAS400