How Does Online Casino Technology Work? 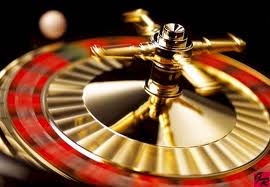 The 21st century is an era full of exciting achievements, discoveries and endless possibilities; breakthroughs in medical research, improved eco-systems and agriculture, economic transformation and of course substantial advancements in technology. The steps mankind has made since the internet was born has made a huge impact on the day-to-day lives of humanity – from using an app to order a pizza, to standing on the surface of mars in your VR goggles – technology has come such a long way since the millennium, it would be difficult imagining a world without it now. We have become so reliant on our smartphones and devices to take much of the stress and effort out of everyday living, it’s easy to see how we have turned into a species conditioned by technology. But, even though we could probably all do with some time-out from Facebook, Candy Crush, and Memes – online technology certainly has its benefits when it comes to the different ways casinos are using it.

You may or may not be familiar with blockchain technology. It only surfaced a few years ago, around the time that cryptocurrencies became popular. But what is it exactly? It would be hard to describe it in a few words due to the many different industries and processes it is used for, however; when it comes to online gambling, block chain technology has many benefits which have so far revolutionized the way these online game providers operate.

One of the main concerns for any online player is data safety. Even though there are complex firewalls and software out there to prevent hackers and cyber-attacks, up until now prevention was not always guaranteed. This is where blockchain removes many of the risks associated with handing over your personal information to an online entity. The software ensures security, accuracy, transparency, reliability and immutability for every player by providing them access to data such as winnings, results and payouts which otherwise they would not have been available to see previously. It also works with a decentralized system so that data cannot be altered or changed in any way, making it next to impossible for hackers or cheaters. This hugely benefits both the players and the casino.

Slot machines inside brick-and-mortar casinos still run on levers and pulleys to produce winning combinations and outcomes. But since slots went online, game and software developers (such as Realtime Gaming), began using a technology which works with complex algorithms in order to produce entirely random results. This eliminates any skepticism to do with whether or not the odds are fixed, and also means that every spin is delivered in a fair and consistent way.

Smart phones may have been around for over a decade now, but since statistics indicate that the general public carry out most transactions and spend much of their time glued to their phones, casinos have only just begun optimizing their game lobbies for mobile. Now you can walk around with access to hundreds of different online games to play, any time you want. Not only is this a convenient way to win money on the go, it also means you don’t have to download any software or apps, and you can both deposit and withdraw funds much sooner than if you were gambling through a desktop.

VR is a concept which Sci-Fi authors, movie makers, and game enthusiasts have been excited about for a long time. Though Virtual Reality isn’t quite there yet in terms of its potential, it is possible to have a casino experience like no other, simply through the use of a visor/headset and a pair of good quality headphones. Now you can play roulette against people from the other side of the world, dressed in a $10k suit with a Siberian mountain tiger on a leash at your side. Well… maybe not exactly that but, certainly in a similar environment! VR allows players to live a different life by interacting in completely different settings and as a unique avatar, while still being able to play for REAL money. The only issue with this technology at current, is the fact that it’s a little on the costly side. Like all innovations though, this is likely to become much more affordable as the demand increases and the overall market progresses.

Casino games like blackjack and poker certainly involve a degree of skill, so what do we mean when we mention skill-based casino games as a casino technology? If we tap into the modern era of millennials, you’ll soon discover that the majority of this demographic doesn’t tend to gamble traditionally. They would much rather be glued to their consoles at home or stuck with their noses in their smartphones. So how would you entice an audience which would never normally be seen on a casino floor? Simple – create an infusion of their underlying love for video games with the natural excitement of a standard casino game – and what do you get? An ingenious invention called Video Gambling Machines.

These VGMs are already being toyed with in places like Atlantic City, and some game manufacturers such as Gameco are already working on action-packed, story-based games tailored to the younger generation of potential gamblers. Though these types of games are still in their infancy, we are likely to see much more of them in the future.

The object of real money casino technology is both to replicate the experience of actual casino gambling and to utilize the advantages that the internet has to offer.

The legal issue of online gambling is an ever changing issue. Shortly after online gambling was developed, it was made illegal in many countries. Shortly thereafter, however, many of those countries turned around and legalized it. There are two main reasons. One, because the internet is so open, the fact that online casinos can operate from anywhere in the world made legal enforcement close to impossible. Two, the tax revenue from casinos is so great most places would rather have it legal.

That being said, in order to run an online casino with these advanced technological attributes, the casino must have a lot of financial liquidity. Advancements in money transfer technology as well as online security have assisted the online casinos greatly. These new technologies enable them to collect deposits around the world, pay out winnings around the world, and transfer money between players smoothly (in games like poker and the like) all in a highly safe and secure manner.

One can only imagine the extent these kind of complex technologies could reach in the near future. With so many innovations appearing in the last 10 years or so, the next decade is bound to be an exciting one for casinos.