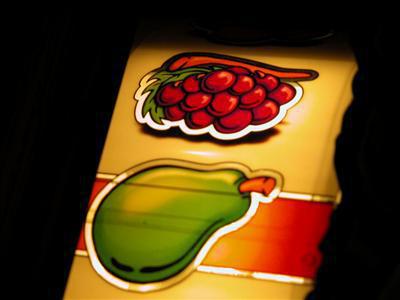 Since the first heroic tales spoken orally through the Age of Enlightenment, human history has served up eons of epic characters and themes. The stuff of legends fuels our imagination with stories of treacherous journeys and riches beyond belief; wonderful stories of courage, adventure, heroes and villains.

All of which makes for some seriously epic slots themes. Get your game on and spin to win with heroic symbols in these 10 slot games with epic themes.

The greatest Greek warrior of all time was Achilles. Leaping from the pages of The Iliad to the Slots of Vegas, this noble warrior had godlike qualities and was nearly invincible in battle. That is, until someone discovered his one weak spot: his pesky heel.

But in the slot game Achilles, you’ll find 5 reels and no heels. Line up 20 paylines loaded with mighty symbols of war and win back the favor of Helen of Troy—and a major random jackpot!

This 5-reel, 20 payline game was inspired by the Aztecs, an ancient civilization that dominated parts of Mexico. The Aztec Empire built mighty pyramids and sacrificed humans to feathered snake gods, before the Spanish conquistadors came along.

Play Aztec’s Treasure for free or for real money on Slots of Vegas today! Line up mystic symbols, magic totems, and noble warriors for big wins. Spin 3 or more idol symbols to trigger the bonus feature. And don’t forget the random jackpot filled with Aztec gold!

This mysterious Egyptian queen was the most powerful female ruler of Egypt, and her legend inspired generations after her. Cleopatra allied with powerful Roman leaders, including Julius Caesar and Mark Antony, who quickly became helpless against her charms.

The Egyptian dynasty and Cleopatra are a perfect theme for a slots game. In Cleopatra’s Gold, hieroglyphs replace ordinary symbols on the 5 reels with 20 paylines. Find ancient and holy symbols like the ankh, the scarab, and the cat goddess Bast. Grab special bonuses when Cleopatra or pyramids appear.

The armored knights of medieval Europe are celebrated for being noble, courageous men always defending impossible causes. Knights in shining armor on white steeds fought in the name of chivalry, nobility, and royalty. The ultimate theme from the era of feudal lords still resonates today (look at the insane popularity of Game of Thrones).

Coat of Arms is an exciting, medieval-themed slots game with 5 reels and 25 paylines. Spin to win with the black knight, white knight, golden shield, grail, crown, and castle symbols for a king’s ransom in prizes.

The only theme to rival the medieval theme is the era of Roman emperors. The title of Caesar was bestowed upon the many rulers and conquerors who expanded the Roman Empire to the ends of the known world. The unquestionable power and might of the legendary Caesars, from Augustus to Julius to Marcus Aurelius, is forever etched in human legend and history.

Caesar’s Empire is a 5-reel, 20-payline casino slot game set against the backdrop of the Coliseum. Spin to win prizes when you line up winning combinations of gold Caesar coins, Coliseum symbols, and swords and shields.

The age of pirates evokes the ultimate outlaw life on the open seas. With a wrinkled parchment treasure map, a creaky old schooner, and a head full of rum, many men (and a few women) plowed through the Caribbean as pirates. They fought the law, and eventually the law won. The candle that burns twice as hot, burns half as bright.

The legend of Blackbeard as the ultimate pirate is echoed in the pirate-themed slot Goldbeard. But this slots pirate is more like Blackbeard’s friendly alter ego, happy to share his gold after a few too many swigs from the rum barrel. The buried pirate’s treasure is the Progressive Jackpot, which is triggered at random.

Grab your leather jacket, fedora, and whip; it’s time to raid some tombs for treasure. Get ready for the adventure of a lifetime: crawling through the archaeological remains of an ancient city in a jungle looking for lost treasure.

If you hate heat and mosquitos, you can still uncover epic riches in a 25 line slots game called Hidden Riches. Symbols of maps, golden idols, temples, artifacts, and machetes help you cut through the jungle’s green tape to find the golden treasure.

The Incas were the most advanced civilization in the Americas before the Spanish conquistadors arrived to plunder their gold. Incas ruled their land and developed astounding waterways, agriculture, architecture, and practiced astronomy. The Incan goddess played an important role in this polytheistic culture. There was a goddess for the earth, the moon, and the lakes, and the Inca people revered them.

Spin the reels in the Incan Goddess game and search for the golden treasures of the vast Incan empire. The 5-reel, 20-payline slots game pays homage to one of the most revered civilizations of all time.

The popular image of the queen or goddess makes a great basis for adventure-themed slots like Mayan Queen. Spin the reels in search of lost Mayan treasures, powerful symbols, and of course, a progressive jackpot.

If you’re done with the Latin empires and want to walk like an Egyptian, the Boy King’s Treasure slot has the perfect theme. The boy king, aka Tutankhamen, was a young Egyptian ruler who was buried with his riches. The boy king was the most popular archeological discovery of all time, and the mystique of pyramids stacked to the sky with bricks, buried wealth, and mummified royalty make the perfect adventure theme.

Just like in Cleopatra’s Gold, the Boy King’s Treasure slot game is filled with jeweled symbols, treasure, and hieroglyphics. And don’t forget the bonus round!

So there you have it: 10 epic slot game themes. You can’t find a bigger slice of adventure-themed slots than the ones above, and you can play them all for free or real money on Slots of Vegas today. So grab your armor, sword, shield, and/or treasure map, and head for the slots!

Susan Sedlak is a writer based on San Diego, California. Being an avid player, and most importantly, an avid blog reader, Susan knows how to deliver interesting, highly entertaining articles.